The Lost Joy Of Gaming 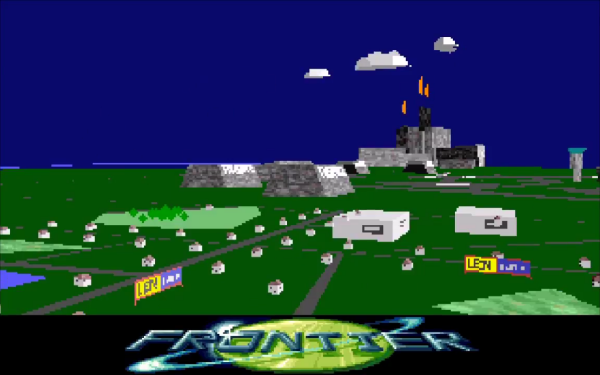 Ready for some personal opinion rambling? Here we go!

I really like playing video games. It has been my go-to hobby since forever. However, I find myself recently less interested in my entertainment media of choice. I still play a lot, but I'm a lot less inclined to try new games, or binge a game I like.

I have been thinking why that might be. One of the conclusions was, that I simply grew up, and, as an adult, would rather spend my time more productively than just playing video games. Being an old fart certainly does not help, but I think that is not it, or, at least, not all of it.

So I started by looking at what kind of games I play, what kind of games I used to play, and what I like in them. In the recent years I have spent most time in Elite: Dangerous and Sea of Thieves - both multiplayer, live service games. I had a lot of great fun, especially while playing with friends. But I eventually grew tired of those games. I used to play Elite 2 when I was a kid, as well as many other games on my Amiga 600.

So, what changed? Obviously, my old Amiga can not compare to modern PCs and gaming consoles in terms of power, graphics quality and available technologies. It had no internet, so all I could play, were single-player or local co-op games. Those games were, for the most part, pixel-art styled, with a few vector-based 3D games, like Elite 2 mentioned earlier. I have finished some of those games, some of them did not, and just moved on to the next. Some had an ending, some did not. Overall, I have played quite a lot of different games.

With modern gaming, things do seem a bit different though. With the rise of internet, multiplayer games became more popular. And with this, and idea of live-service games was born. Games, that are multiplayer, always online, always changing. Games, that aim in retaining players as long as they can, with no 'ending' in sight, instead promising an 'endgame' - stage of the game, where players have, mostly, everything there is to have, and are presented with some tough challenges instead of more story.

It all seems great, with players being able to play the game they like indefinetely. But I think it is not quite the case. Every live-service game I played has made me grow tired after some time - sometimes short, sometimes very long. But I grew tired nontheless. I think this is the trap of live services. Games like that do not die as heroes, they live long enough to become villians. The idea of live-service game promises regular updates, constantly adding new stuff to do. But with old players, it's constantly more difficult to come up with content, that will satisfy. Also, nothing lives forever, so most of these type of games eventually slow down with development, or become abandoned.

Those things combined cause players to stay with the game until they despise it, instead of ending them and moving on, while the game is still great in their memory. This overextension of games is mostly dictated by big companies management and aim to push players to spend as much money as they can on microtransactions. If players don't play, they don't spend, so making people play as long as possible becomes the main aim. And is the reason why publishers love those types of games. Even better, if they can release new version of their live-service game every year or two, to make sure, that players have to buy all of the microtransactions all over again.

For me, all this caused me to grow very tired of video games and turn to other things as hobbies (like live streaming and game development). It's not a bad change, but it makes me sad, that I can't find that spark of joy, that gaming had for me, anymore. Or, at least, it's not easy to find. But it's there, I'm sure of it.

From earlier paragraph it might seem, that I think single-player games are dead, and it's all just those money-squeezing live service games. But it's not. There are plenty of good, single-player, story-driven games still being made. And playing some of those really helped me get my spark of joy back. I have recently played Death Stranding - a weird, but ultimately satisfying story. Now I'm in the middle of Horizon Zero Dawn for PC. Before that, I have played new XCOM spin-off, and a couple of smaller games. I have finished Xenoblade Chronicles for it's great story.

Having Nintendo Switch and playing indie games helped also. Breath of the Wild was an amazing game, which I have played long ago, but HZD reminded me of it. And Switch pairs really good with indie games. Those small games, made with love and passion, really helped me. It is easy to see, when authors' goal was to make a good game, and not an in-app purchase, f2p platform. Games like Slay the Spire, Dead Cells, Touryst, Journey were really run to play. I have also played many smaller games when Switch was just released, mostly because there was little choice in the store. But I enjoyed those small, indie games as well. Something I can't say about my recent Sea of Thieves sessions, where I was bored and frustrated out of my mind.

If you find yourself in a similar situation as I did, my advice would be to change gears. Find some games, that are made to be fun. Find games, that have beggining, middle and end. Find that joy of actually finishing a game.

The only thing, that still bugs me, is that some of the games I really liked are dead. And not coming back. Arena shooters are dead, killed by CoD and it's clones, and also by hero shooters. RTS games are nearly dead, with only a handful of, mostly dissapointing, releases over recent years. I guess we can thank Blizzard becoming a hollow shell of itself for that. There are still some original shots at the genre, but pure-blooded RTS are almost extinct. Isometric, extensive RPG games? Almost extinct. Turn-based strategies? Barely hanging in there. Modern players apparently just want TPP action games. At least in the AAA space.

Well, time to get back to Horizon, there are more games waiting in line!